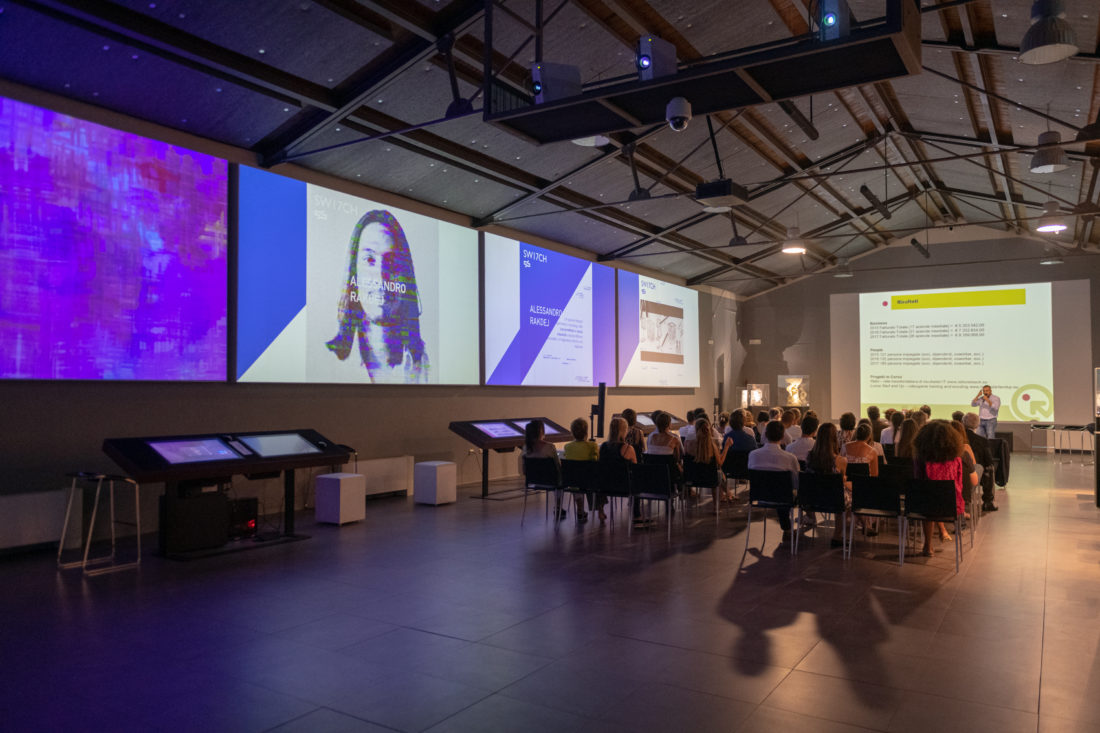 The Report by Sw17ch 2019. Digital Crafts, Photogrammetry and Visual Mapping in the first edition.

The final day of the Sw17ch Event 2019 took place at the MuSA of Pietrasanta on Tuesday 30 July.

The event had opened the doors of the ex Farmacia Comunale, in Via Garibaldi, giving advances on the various themes of technology applied to art and crafts. The sculpture “Landscape” by Polò Bourieau, on which a Visual Mapping project was executed by the VJ Terminal Plastik, caused a sensation. The theme addressed by this work concerned the plurality of languages ​​in the contemporary world and their complexity. The visitor, overwhelmed by this variety of volumes (a Tower of Babel and the blocks of the Tetris to name a few) is guided in reading the work by visual mapping which enriches the language with abstract textures but at the same time creates a synthesis of more rendered content usable. The project was made possible thanks to the technical support of Marble Studio Stagetti, Poliart and Allestend. 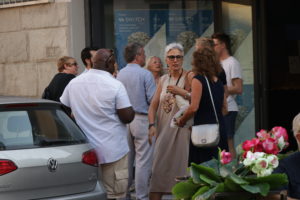 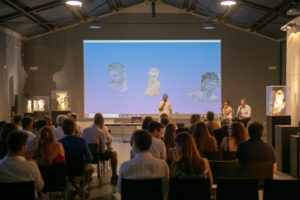 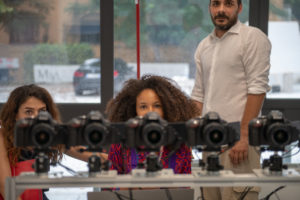 The conference part of July 30 was instead opened with an introduction of the Polo Tecnologico Lucchese  concerning the StartUp incubation activity. The Arch. Chiara Celli, scientific director of the Museum of Sketches in Pietrasanta presented the important project of digital scanning of the plaster sketches, necessary both for the high fragility of the models, both for the ease of reproduction and for the growing need in web communication of museums. ArtaxLab S.r.l., organizer of the event, has made some scans of some models made with the digital photogrammetry technique and usable through a free app that can be easily downloaded to any device, which allows to interact with 3D models obtained through a three-dimensional scan. Professor Marcello Scalzo of the University of Florence closed the conference session and presented a series of videos made using digital technologies (HD video cameras and drones) that had as their theme the artistic chain of Versilia, from the quarries to the art workshops. Outside there were also interactive installations such as “The Cube” by designer Alessandro Rakdej.

The positive balance of the event is mainly due to the level of contents that have been proposed. The established intentions have been respected, that of making a high-level cultural event that communicates the technology present within the local handicraft. A digital craft that wants to grow and start a renewal of the sector in order to attract new workers and new investors. A Pietrasanta 2.0 that, as already happened in the 70s thanks to the artist Henry Moore, wants to open up again to the world and play a leading role not only in sculpture, mosaic and traditional arts but also in digital and visual art.